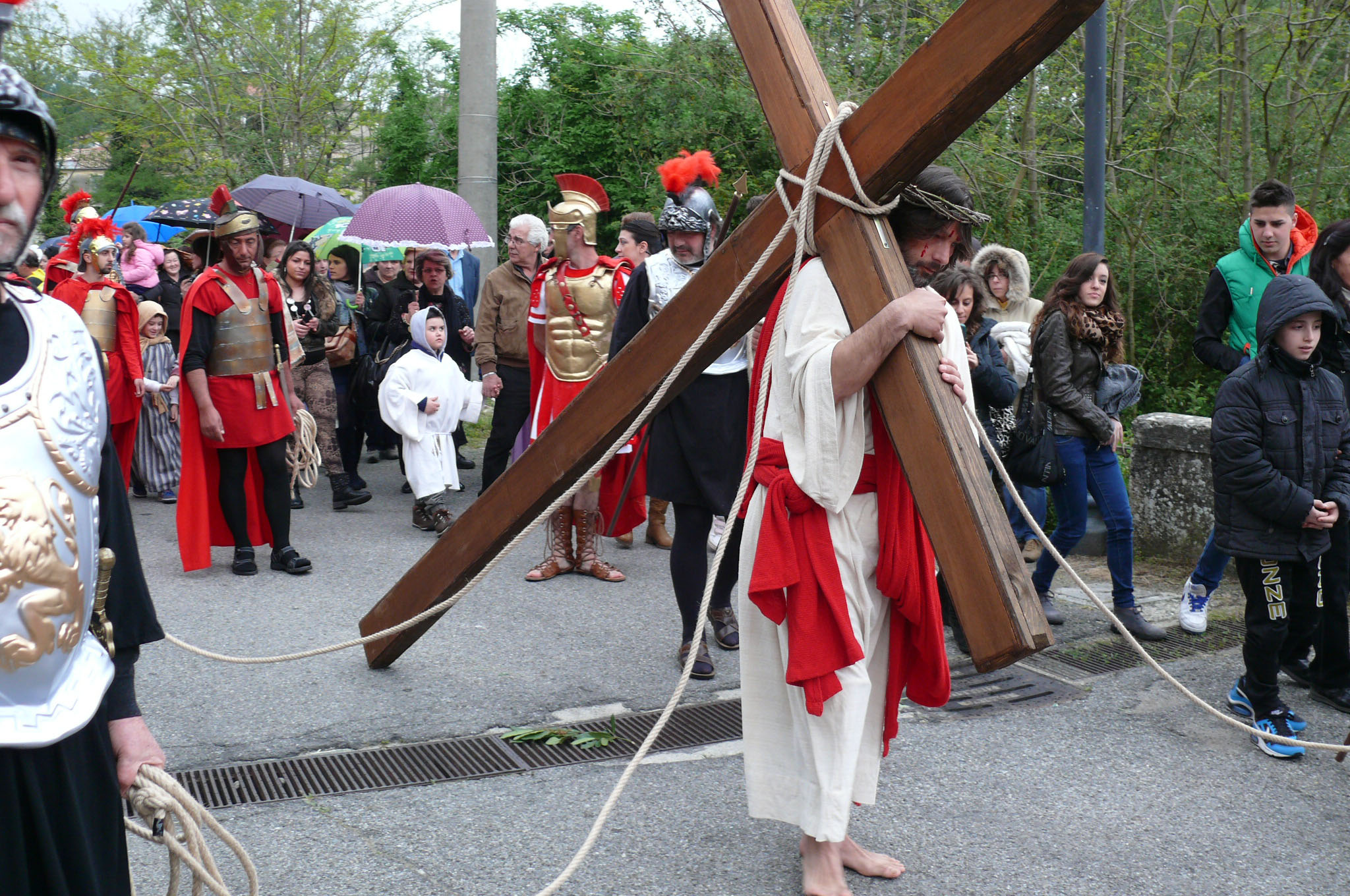 During the Easter period in Calabria every village organizes its rite or religious parade in order to celebrate the rising of Christ from the dead.

In Mendicino, a little village close to Cosenza, the people perform the Last Supper and The Passion of Christ on a unique stage: the narrow streets of the village where the actors are the people who live there. Everyone wears costumes of that historical period and you can see the Roman soldiers who convoy Christ with his great cross.

This characteristic play is called “Juovi Santu” (the Maundy Thursday) and it’s performed on Saturday and Sunday before Easter Day: on Saturday evening they perform the Last Supper of Jesus and the Twelve Apostles, and they continue to the amphitheatre where Jesus faces his trial before his crucifixion.

On Sunday morning there is the Passion Play where Jesus walks through the streets until the highest part of the village, where he’ll then die in his mother’s arms.

At Civita and Frascineto, two Albanian villages near Cosenza in the Pollino National Park, they celebrate the Easter according to the Byzantine rite.

On the first Tuesday after Easter Day, there is the “Valljie” which are old dances and songs to remember the Skanderberg’s victory against the Ottoman troupe in 1400.

The language Arberesh (ancient Albanian) is still spoken by the people of these villages today. It’s a celebration of great values such as friendship, freedom and honour.
The people who participate in this rite wear folkloristic costumes, full of colours: they sing traditional songs and dance in circles inviting tourists who is present to take part in the celebrations.

In Calabria you can pass your Easter holiday discovering how many different ways people celebrate it, according to tradition, religious feelings and popular belief.

« On the mountains of Sila with snowshoes.
A traditional Easter dessert. »