Mountain biking in Calabria: toward the Thyrrenian coastline.

A day spent with my friends by mountain-bike from Cosenza to the Tyrrhenian Coast running through paths with breathtaking panoramas.

An old schoolmate of mine, in a concise post on Facebook, announced a ride with his group Bikers with destination “the sea” starting from Rende.

Being an ‘urban’ cyclist and an aspiring bicycle tourist, I immediately liked the idea and I asked him, and easily got, to lend me a super mountain bike. I put in the backpack windbreaker, some water, brown bread, butter and jam. 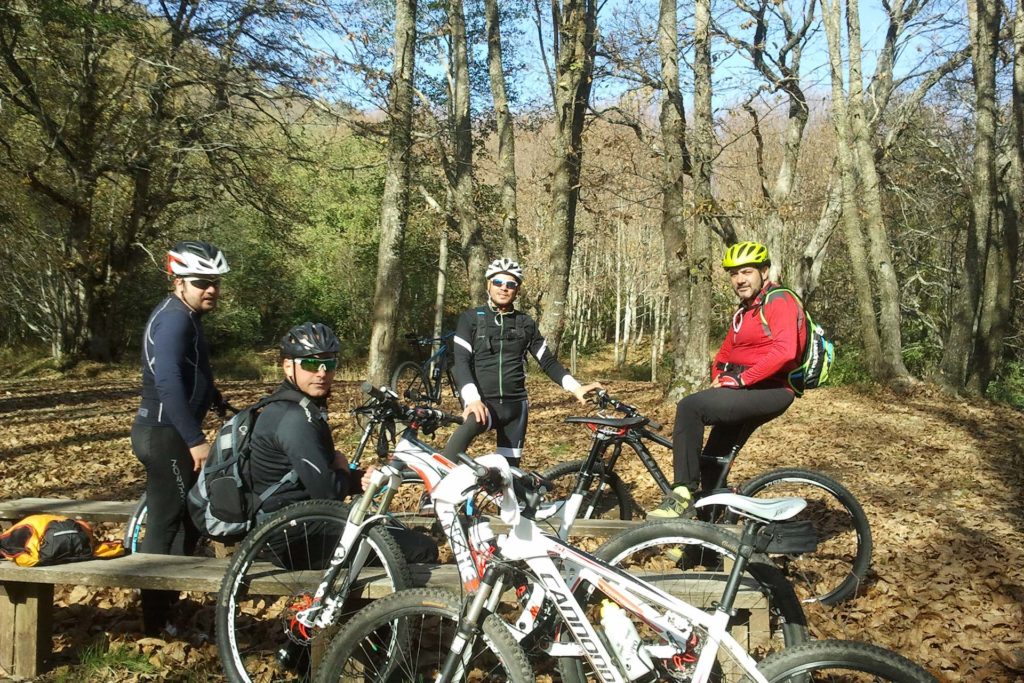 The planned route was Rende-Castrolibero-Marano Principato-Marano Marchesato then along gravel lawns, rocks and sheep tracks of Mount Barbaro, going down to Fiumefreddo and Falconara Albanese until the seafront road from ‘Torremezzo’ to the railway station of Paola, passing through San Lucido. Everything trying to take the 14,30 train and back home.

At 7.45 am we moved from the modern district of Commenda di Rende (160 mt above sea level), to Marano Principato running along the creek Surdo. When we passed Castrolibero, the road gave us the first respite going down towards ‘Saint Lucia’, a hamlet of Castrolibero at 400 mt a.s.l. . There we filled our water bottles before the real climbs. In Marano Principato, under the oaks, we did another short break. I stopped to look from the bottom the route we were going to climb. We started again pedaling with steady pace and in silence for fortyfive minutes. At an altitude of 910 mt, we took refreshment again: water, dried fruit, a sandwich, chocolate. I was there in a grove enchanted by the place and the fact that I was reaching it on my own! 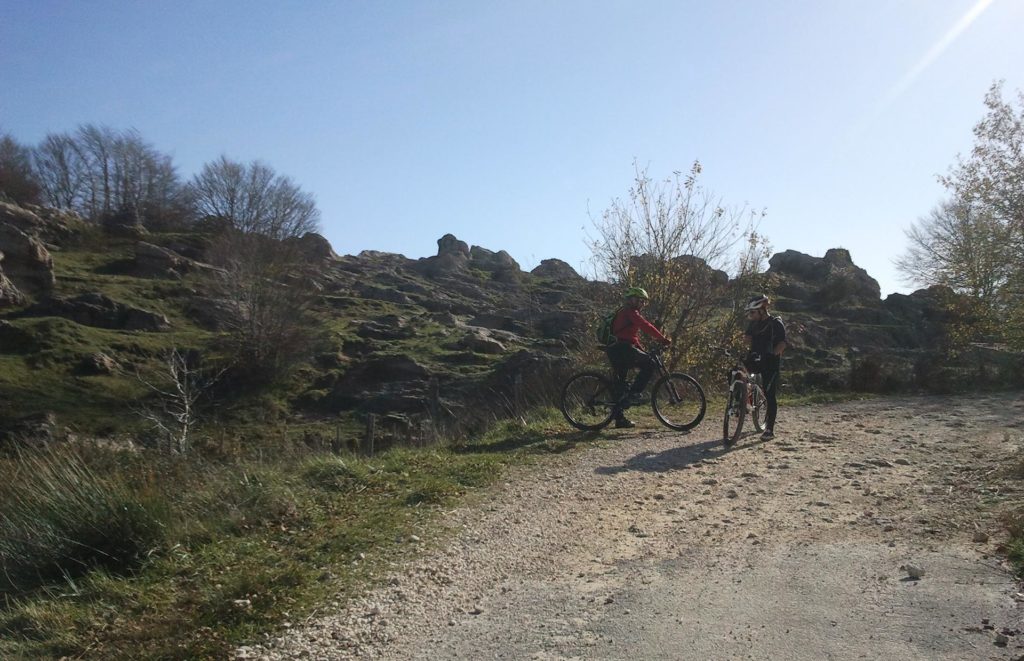 The “Pearl” always amazed. It took very little effort and you stood in front of landscapes and incredible views unexpectedly, a few steps from your door. Or at home. You had always been there and hadn’t even noticed before. It was over there! This is Calabria, too. Unknown to its inhabitants, but also minded to be discovered for those who just want to. Those mountains are not unreachable, you can easily get very close to the pick by car and then reach the top with a short walk.

We left the main road to set out on shortcuts, minor roads and then – through the paths of the shepherds and their animals – we went to the inner areas toward the pass. We crossed places where – according to the tales – highlanders and riparian people give mutual help in the exchange of “particular goods” or maybe people who need short or long periods of “reserved” existence in a shack, away from prying eyes. 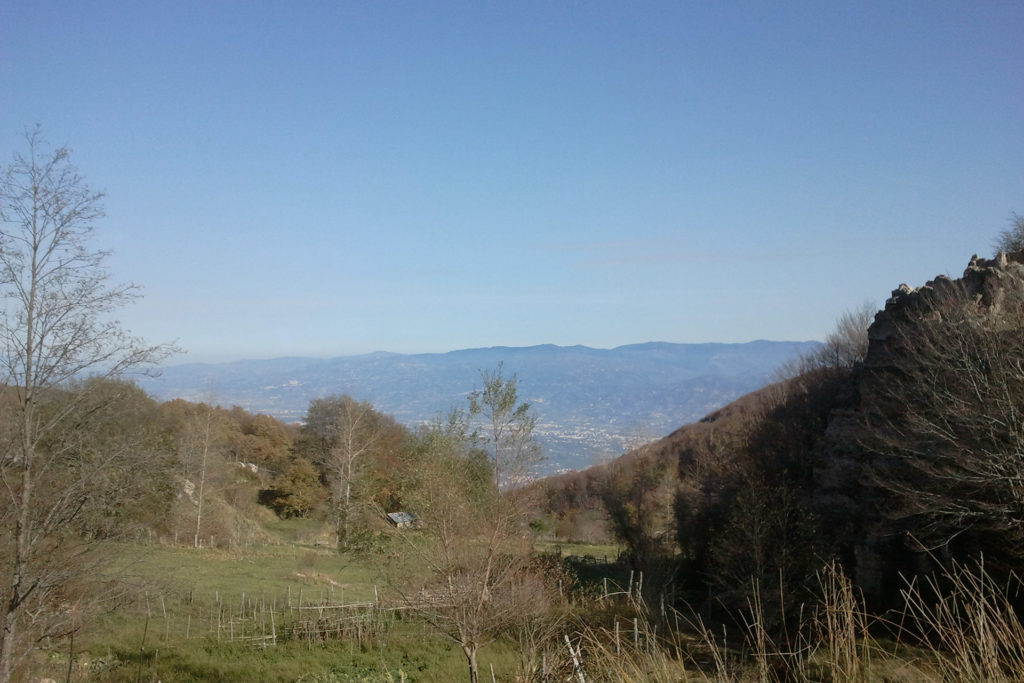 Twenty minutes again and we arrived on the crest at approximately 1000 mt passing the mountain in a kingdom of shrubs and brambles, the only creatures adapted to these windy places. Among the rocks I could see lunar landscapes and breathtaking windows over Crati Valley and Cosenza.

After the climb, our eyes could enjoy of wide lawns with watering places where free cows and horses stayed together. I was as happy as when I was a kid and I did ‘motocross’ in the mud with my “Graziella” bicycle. 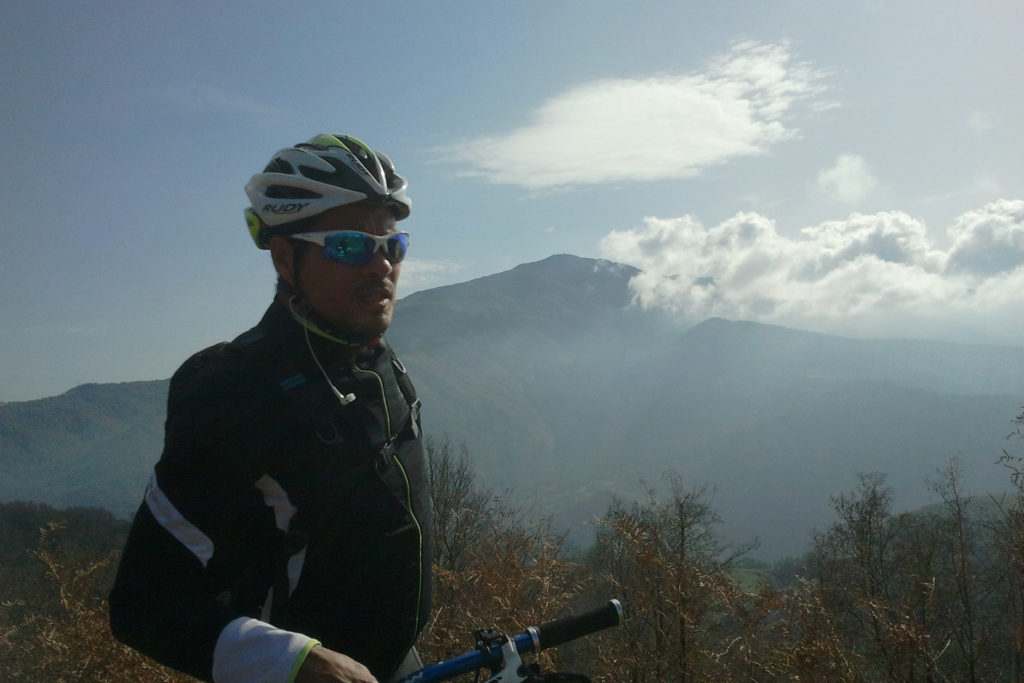 Then bypassing a hill, at once the sea appeared, just beyond the ridge of Mount Barbaro. It was the most beautiful point on the trail. Mount Barbaro is a rock spur of about 890 metres above sea level which can be reached by car or on foot from the coast or from the mountain and it is very popular among hikers. From there you can enjoy a wide view: Falconara Albanese, Fiumefreddo Bruzio, Paola, almost all the Tyrrhenian coast of the district of Cosenza. It’s hard to describe it, you just have to try, abandon yourself forgetting everything for about twenty minutes of meditation in which you feel like a bird or a kite a or a hang glider pilot. 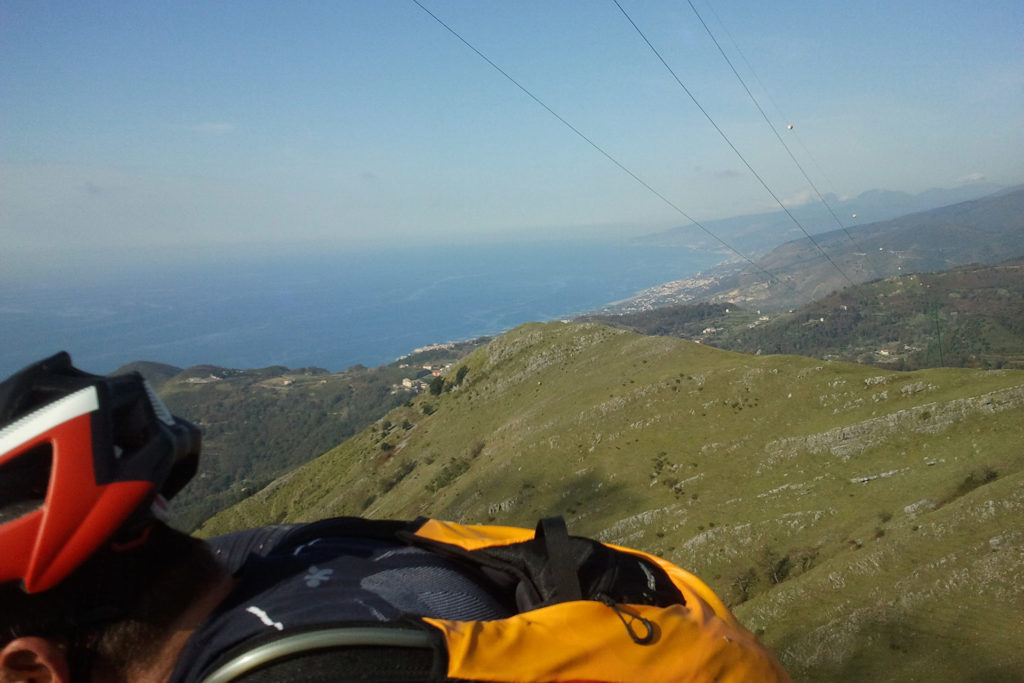 Then we rode on a downhill at breakneck speed along a scree, and the landscape changed back from mountainous to hilly and then the sea! Only when we arrived on the seafront of Torremezzo di Falconara, I realized the enterprise: I reached the sea bypassing the mountain only with my strength. 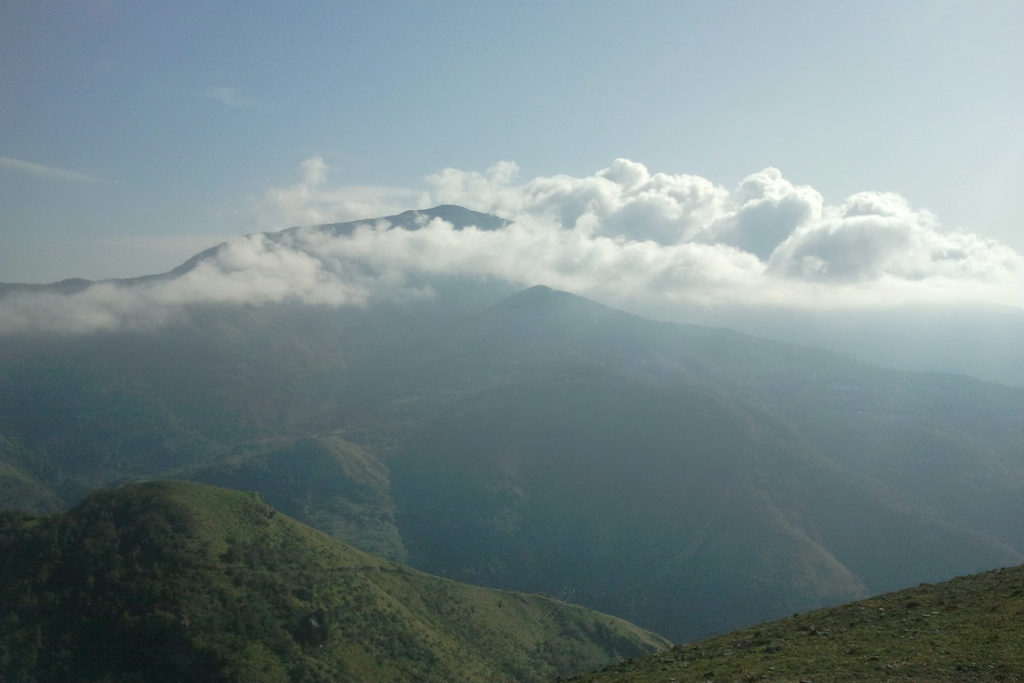 I was still in disbelief when we reached the shore. In a morning I experienced all kinds of terrain. Some things are really easier in Calabria!

See you next ride!