Historical and cultural itinerary: the Castles of Frederick II. 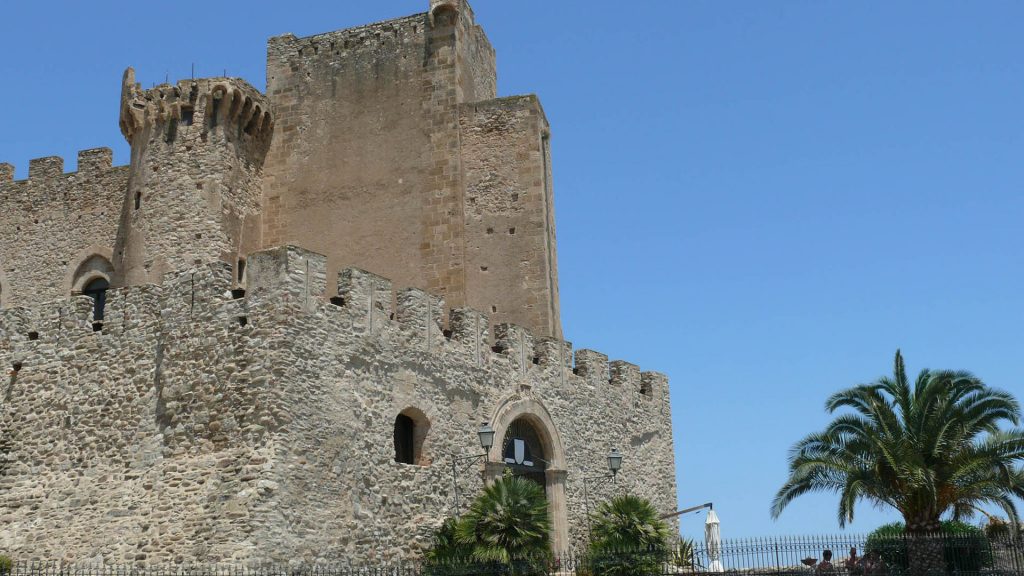 A journey between the Castles of Frederick II.

A cultural tour in Calabria with historical itineraries where Frederick II from Swabia passed and stopped. He left several historical and artistic evidence such as its castles settled in suggestive and strategic places at the same time in order to defend the territory.

A journey dedicated to the places where Frederick II made to build his castles in strategic points for defend his empire.

Arrive in 4* hotel on the Northern part of the Ionian Sea: dinner and overnigh.

Breakfast. Guided visit of the Swedish Castle which was founded in the 13th century and surrounded by a wall with battlements and a drawbridge. Than visit the wax museum which is located in the ancient Monastery of the “Observant Friars”, where there are several wax statues which represent famous people, contemporaries and not, including Frederick II. In the afternoon transfer to Roseto Capo Spulico and visit of the historical centre with the Ethnographic Museum of Rural Life and the Castle with its trapezoidal shape, placed on a rock and overlooking the sea for its important strategic defensive position. Dinner and overnight at the hotel.

DAY 3 - Sightseeing of Oriolo and Amendolara

Breakfast. visit of this characteristic village which is in a charming location on a rock overlooking the valley of Sybaris. In the Middle Ages it was an important centre such as its Castle which was a fortress and built to defend against the Saracen invasions. The castle has got yet three of its four towers. In the afternoon visit Amendolara and its Castle, restored by Frederick II in 1239, which preserves an important fresco depicting the Crucifixion. Then transfer to 4* hotel in Cosenza, dinner and overnight.

Breakfast. Sightseeing of Cosenza starting from the historical centre with its Cathedral (UNESCO heritage) and the remains of the Swedish Castle overlooking the entire town (from the old to the modern part). Enjoy along the high street of the modern part of Cosenza the Open air Museum, MAB, where you find sculptures of important authors such as Dalì, De Chirico, Manzù and many others. In the afternoon visit of San Marco Argentano, a Norman town which was conquered and fortified by Roberto il Guiscardo, who built the walls, the fortress and the Norman tower, called the Drogone and modified by Frederick II and used as a prison. Come back to the hotel, dinner and overnight.

The journey into the traditions of Calabria.

Discovering the traditions in Calabria by activities, handicraft shops and little hamlets.