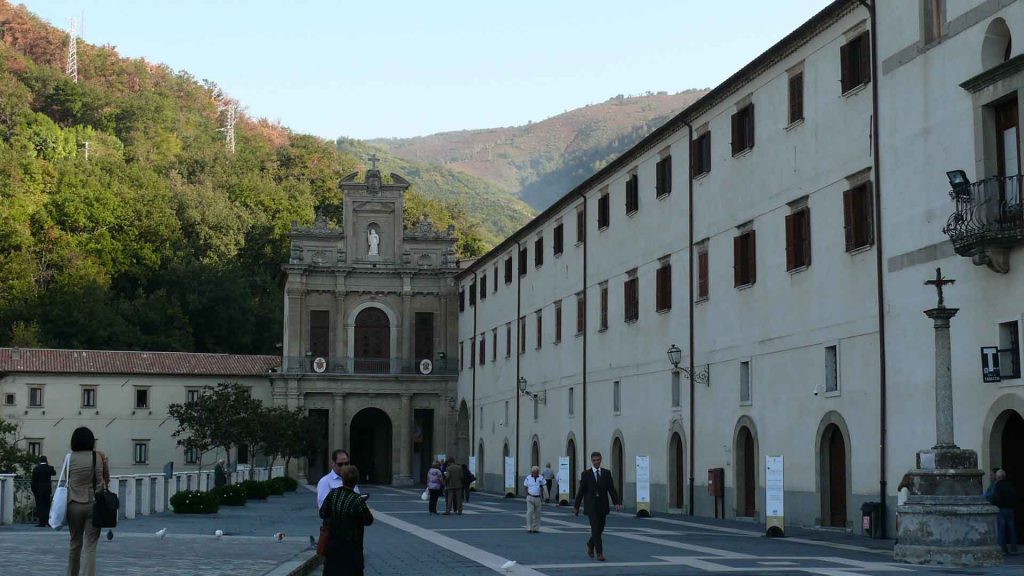 The most important places of St. Francis of Paola.

A tour dedicated to the Sanctuaries which were built for his will, from Paola to Paterno Calabro, Spezzano della Sila and Corigliano Calabro and where he founded other hermitages which are used by his followers. San Francesco di Paola, patron of Calabria and People of the Sea, is known throughout the world as the “Saint of Charity and the Miracles”.

A trip into the religious Calabria which includes the accommodation in hotel, travel guide and coach for the sightseeing for discovering the miraculous life of the Saint in suggestive places with cultural interest and breathtaking views.

6 days for visiting the St. Francis of Paola worships, the patron of Calabria

Arrive in Calabria. Dinner and overnight at 4**** hotel in Cosenza/Rende.

DAY 2 - The Pilgrim Path and the Sanctuary in Paola

Breakfast at the hotel. Departure to Montalto Uffugo Natural Park and guided walking along “the Pilgrim Path” which the faithfuls use to reach on foot the Sanctuary as vote dedicated to the Saint in the beginning of May: they walk on the mountains of the Tyrrenian Coast until the Sanctuary in Paola. Along the path there's the Saint statue which was erected in the 1988 in May. In the afternoon visit of the Sanctuary, spiritual center of Calabria, and the historical centre of this charming village which overlooks the Tyrrhenian Sea where is the Saint's native house. Come back the hotel: dinner and overnight.

DAY 3 - The Sanctuari in Paterno Calabro and sightseeing of Cosenza

Breakfast at the hotel. Departure to Paterno Calabro and sightseeing of the second Sanctuary which was built for his will. Here the Hermit stayed for a long time, because the solitude of the place favoured his experience. In the afternoon guided visit of the historical centre in Cosenza with its Cathedral and the theater, and the modern part with the MAB (Bilotta’s Open Air Museum) in the modern part of the town where you can admire several sculptures of famous authors such as De Chirico, Dalì, Manzù etc.. At the end a walk along the “San Francesco di Paola bridge” which was designed by the famous Spanish architect Santiago Calatrava. Come back to the hotel, dinner and overnight.

Breakfast at the hotel. Visit to the Sanctuary of St. Francis at Spezzano della Sila, the third one which was built by the Saint for the first part. It was one of the richest in the Order of Minims but after the Napoleonic suppression in 1809 it lost many works of art preserved in the library that included more than 2,000 volumes. In the afternoon sightseeing of the Florense Abbey in the centre of San Giovanni in Fiore, built between 1189 and 1198 by the will of the Abbot Joachim da Fiore, who came to this area in order to search a new source of spirituality and to found the first order florense. Come back the hotel, dinner and overnight.

Breakfast at the hotel and guided tour of the Sanctuary of St. Francis at Corigliano Calabro, the fourth one which he wanted for the congregation of the poor hermits, between 1474 and 1476, a period when the Saint stayed at Corigliano. In the afternoon sightseeing of Rossano Calabro, its Byzantine historical centre and the Diocesan Museum, which hosts the famous Codex Purpureus,a Greek Gospels of the sixth century.

Breakfast at the hotel. Departure for coming back home.