Papasidero is a little village located in the  heart of Pollino National Park which faces on the Lao River. 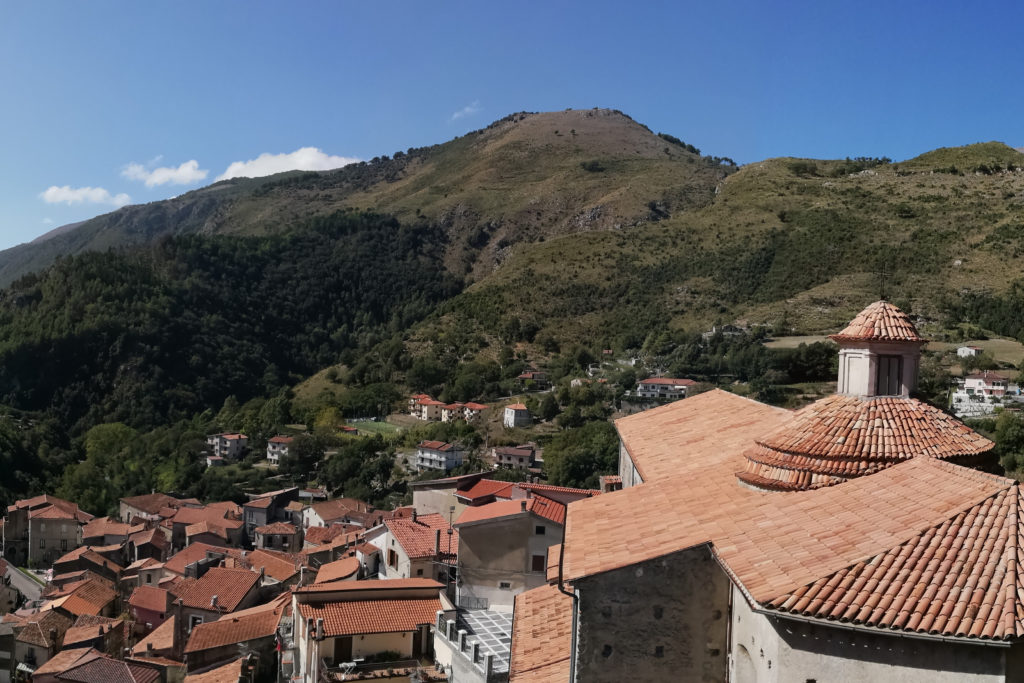 The medieval center of the village is perched on a rocky crag that overlooks the houses, framing the San Costantino Cathedral. It faces on the wonderful canyon of Lao river and for this reason is the starter point for the rafting activities. 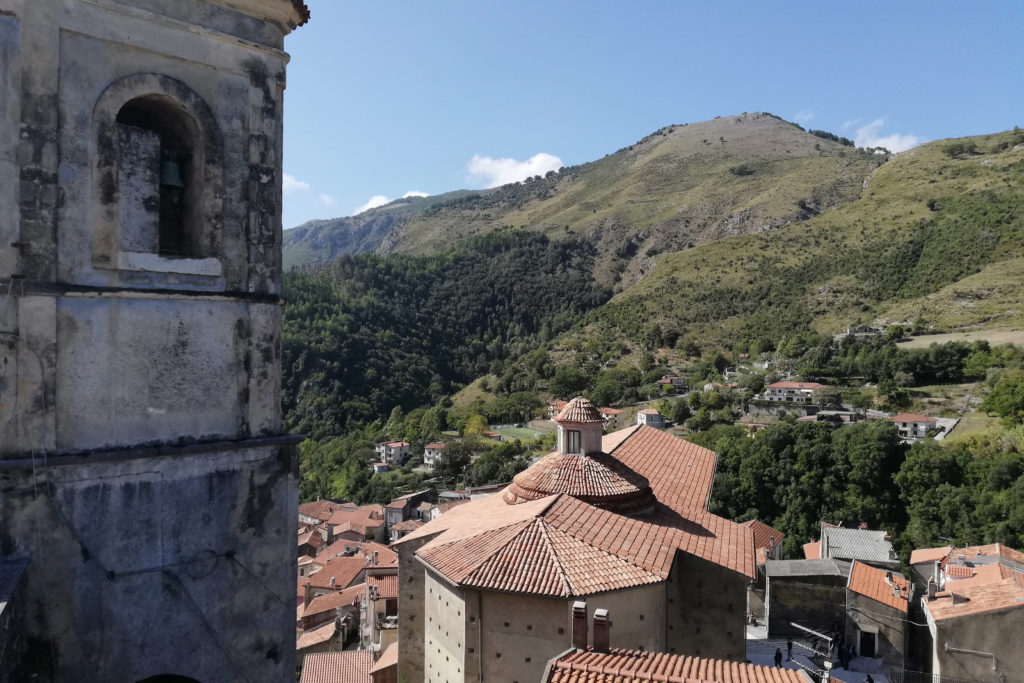 San Costantino Cathedral from an high point of view.

Walking among the alleys, admiring beautiful gates made by carved stone with the local middle-class family’s coats of arms, you arrive to the ruins of the Norman-Swabian Castle. In its little squares you can breathe the slow living which is typical in these places. 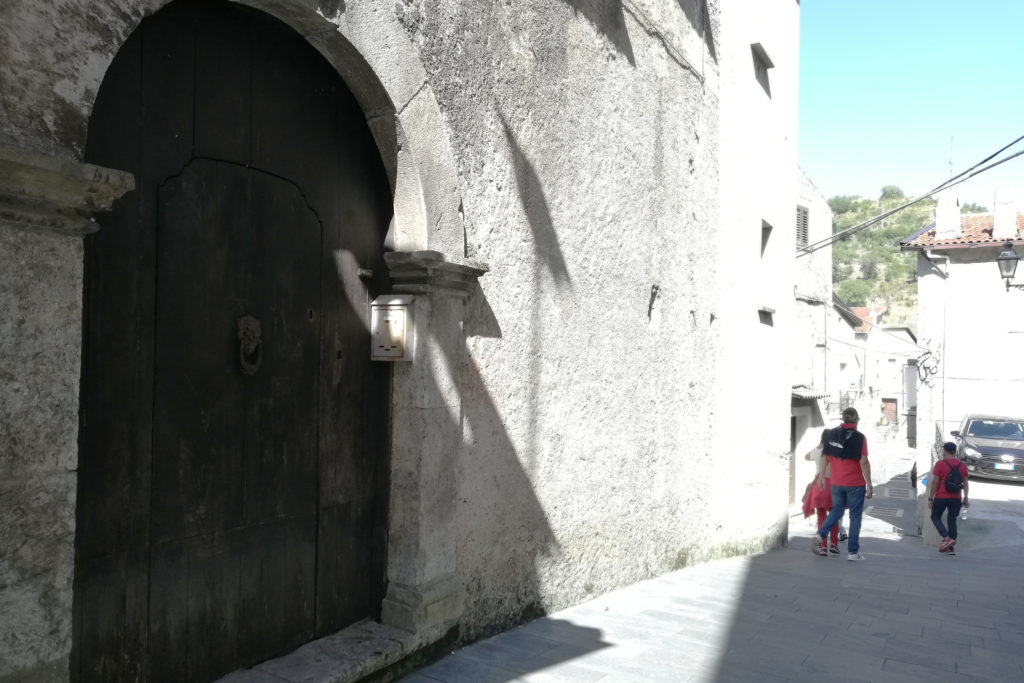 Typical gate of the house in Papasidero.

Before becoming a castle in the Norman-Swabian period between the 11th and 13th centuries, it was a Lombard fortress of the 8th century, then several houses rose around it. The name of Papasidero derives from the Greek papas Isidoros or from the priest Isidoros, who was probably in ancient times a religious and secular leader of this wide Greek community that settled in various suggestive places in the hinterland area of the Calabrian mountains. 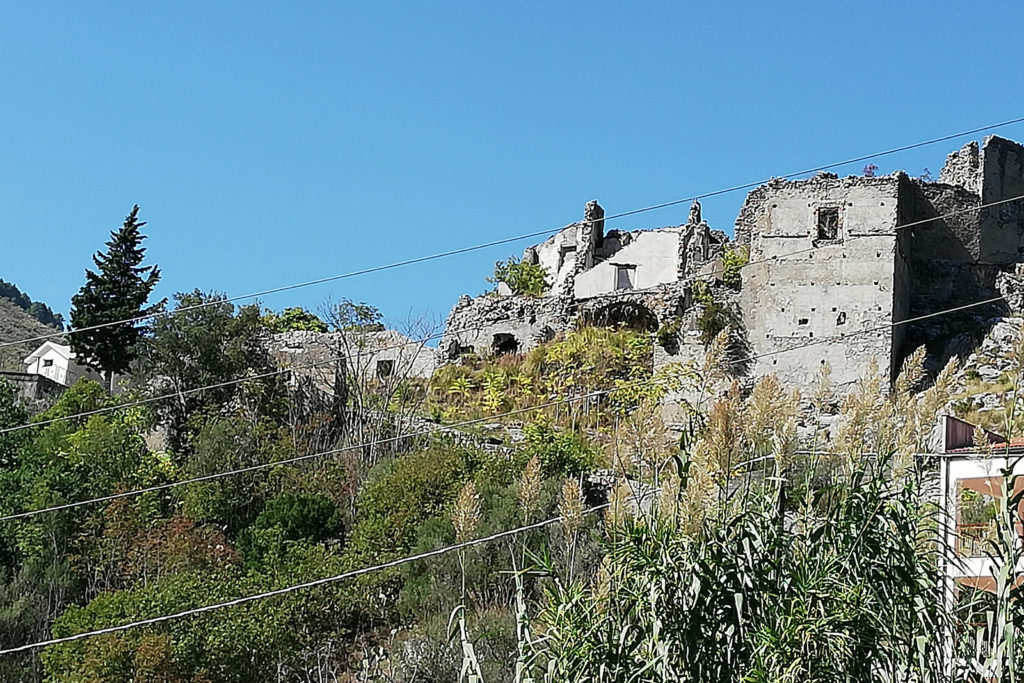 Ruins of the castle.

Leaving the village centre, you take a path full of cobbled steps and cross an arched bridge that connects the two banks of the Lao river. Set in a rocky wall, the Sanctuary of Santa Maria di Costantinopoli, built in the 17th century on the remains of an ancient medieval church, appears in a truly suggestive position. Inside there is a fresco of the Madonna Odigitria dating back to the 17th century and the statue of Santa Maria di Costantinopoli, Patron Saint of Papasidero. 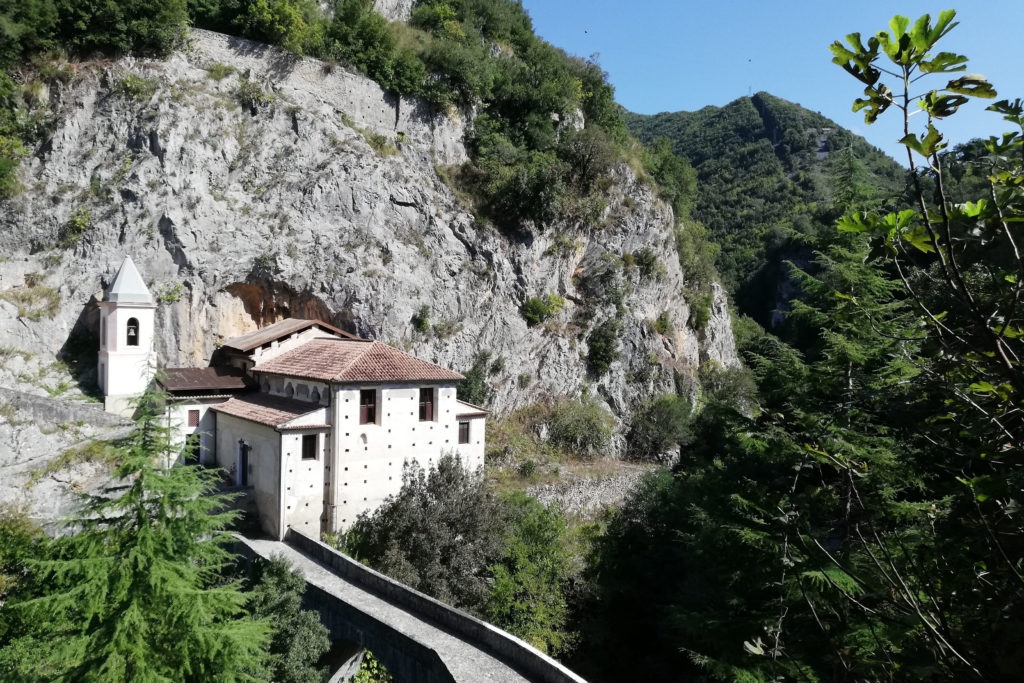 This village tells an ultra-millennial history of the human being and about 26 km from the centre there is the Archaeological Area of the Grotta del Romito (The Romito Cave), one of the most important prehistoric place in Southern Italy, a UNESCO heritage site.According to scholars, the oldest representation in the history of art was found here: a graffiti depicting a cow, the famous Bos Primigenius. 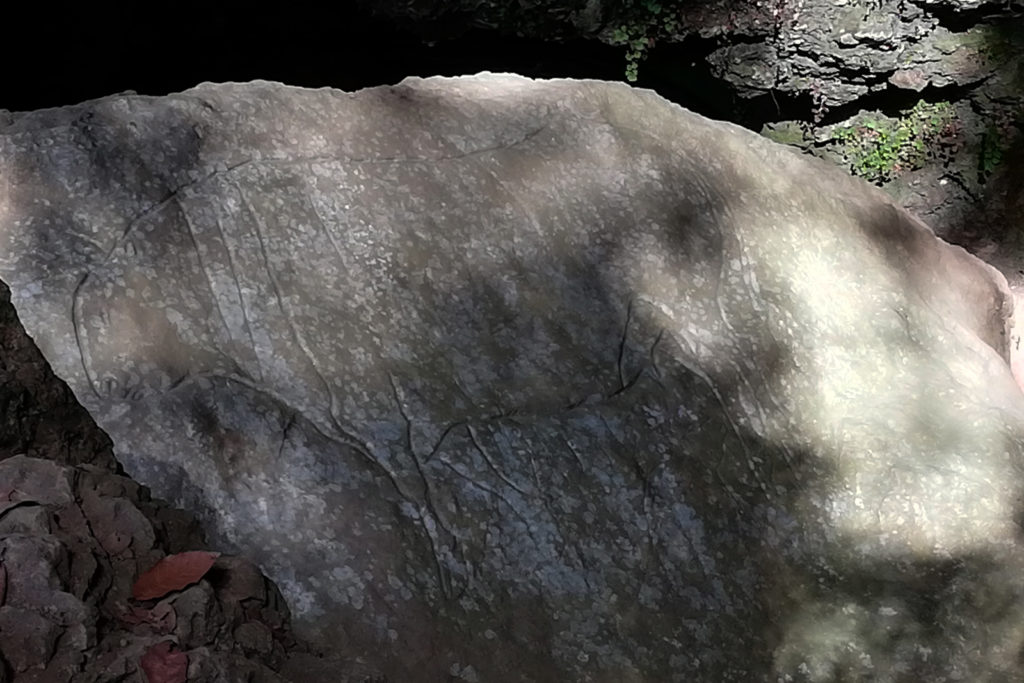 In addition to the Cave and the two rooms which host the remains of burials, you can visit the Antiquarium which houses casts of the burials and reproductions of artistic engravings and the Archeodrome, an open space where three huts are located for reproducing the houses of the Paleolithic era. The main hut has a wooden structure covered with cowhide. Inside, a fireplace and beds evoke the life that went on in the house. 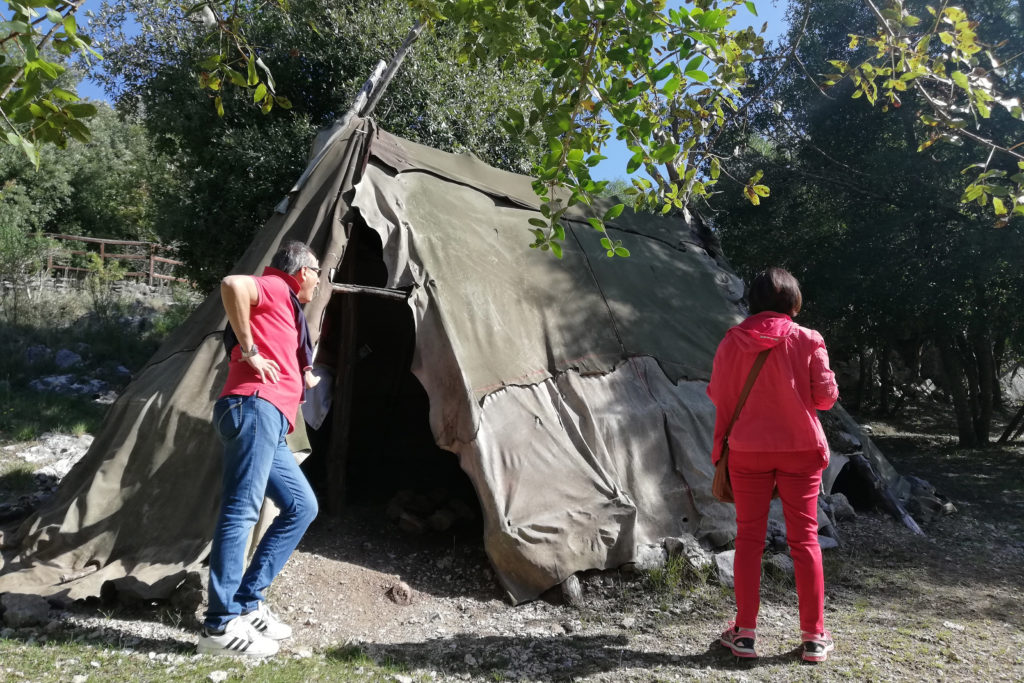 The hut in the Archeodrome.

This is Calabria having fun! 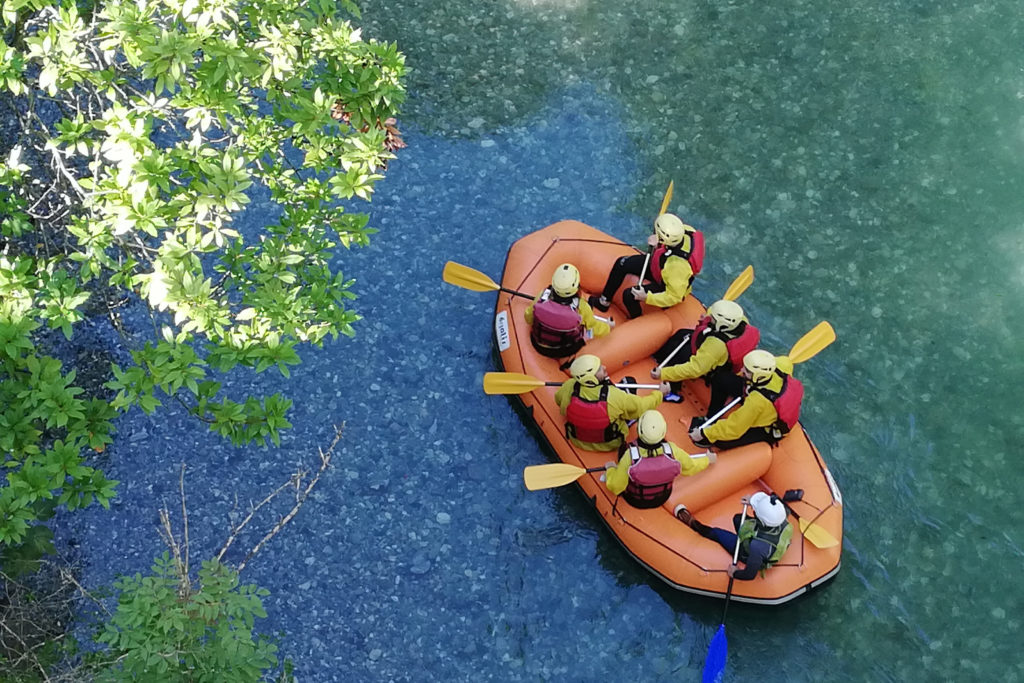