Calabria has a green heart which is reflected in the blue sea water surrounding it.

From the top of its mountains, in the hinterland, you glimpse outstanding panoramas which are extended until the Mediterranean Coastline. An unique sight that you can find only in this region of Italy, thanks to its shape long and thin. And in the narrowest point, in Tiriolo, the Village between two seas, you can see both Tyrrhenian sea than Ionian one. These places touch the heart and among them we have chosen someone good for celebrating your St. Valentine Day all round year. 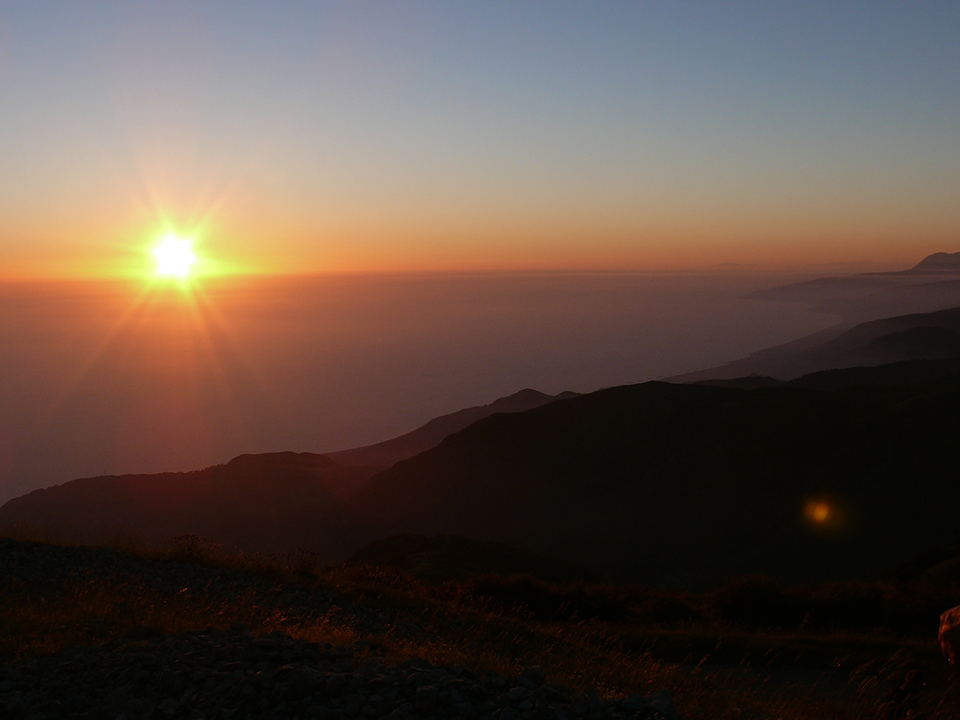 What could be more romantic than enjoying the warm colours of a sunset seen from the top of Cocuzzo Mount? Here we are on the Paola Coastal Chain which overlooks the Tyrrhenian Sea.
Walk along a path crossing a dense pine forest and then a beech one until you’ll reach the Eastern side of Cocuzzo Mount, an area called “Small Dolomites”. Here the gaze opens out to display an entire stretch of the magnificent Paola coastline, the Policastro Gulf and in case of missing of fog you ca see the Aeolian Island, even the Etna volcano. 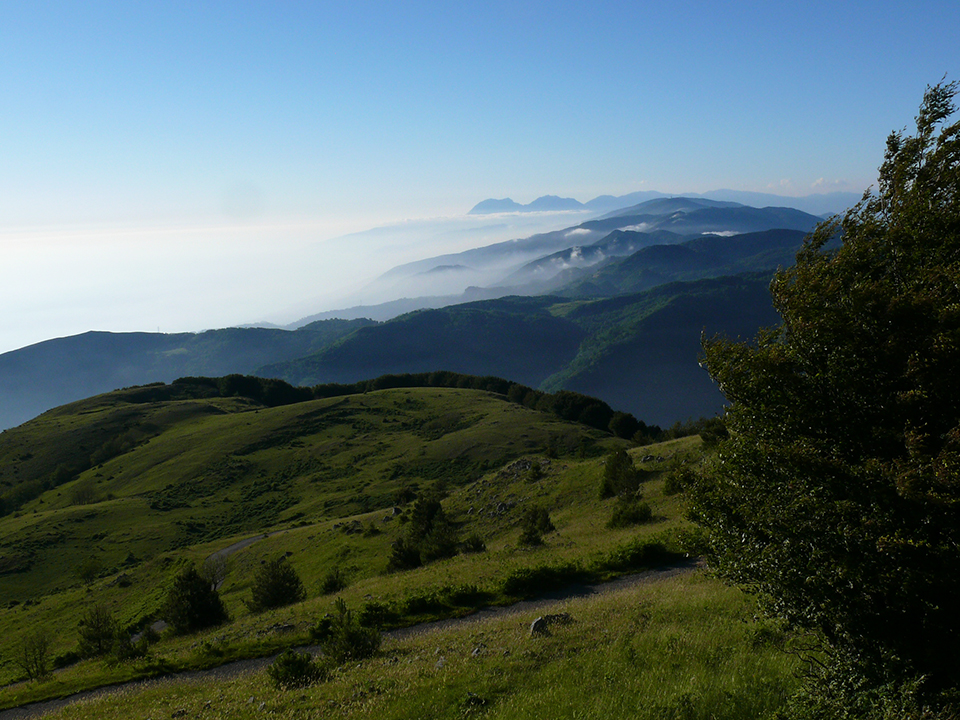 What could be sweeter than giving kisses? After walking among the alleys of Pizzo Calabro, stop at the staircase in a side street of Via San Francesco called “Vicolo dei Baci” (Kisses Alley) to confirm your love. On the walls there are pictures of the most famous kisses of movies, literature and songs. 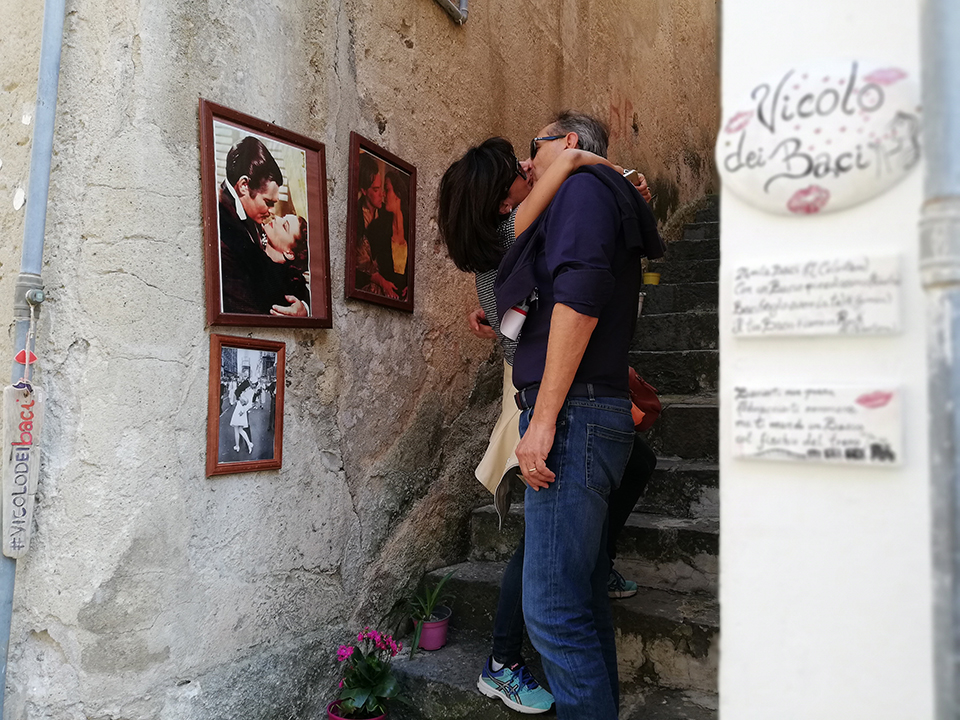 The Kisses Alley in Pizzo Calabro

Then a delicious “tartufo”, a typical handmade ice cream that you can taste in the main square, Piazza della Repubblica, to finish a lovely day in front of a romantic sunset. 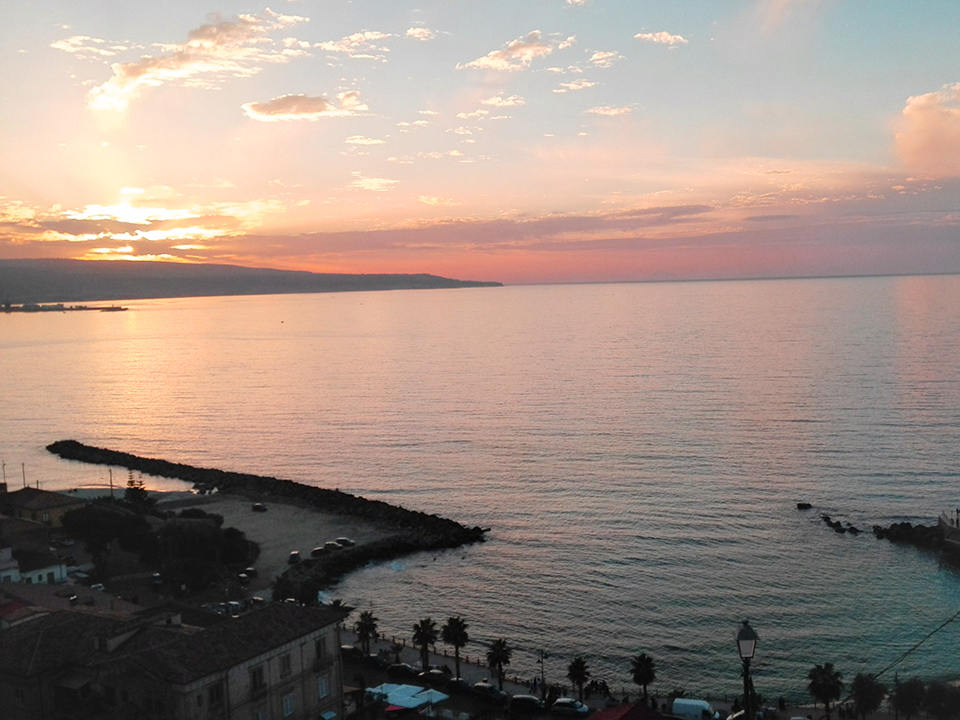 The Queen’s rock in Acquappesa is considered a good omen. According a legend Queen Isabella of France, wife of King Edward II of England, was forced to stop at this rock after a storm. 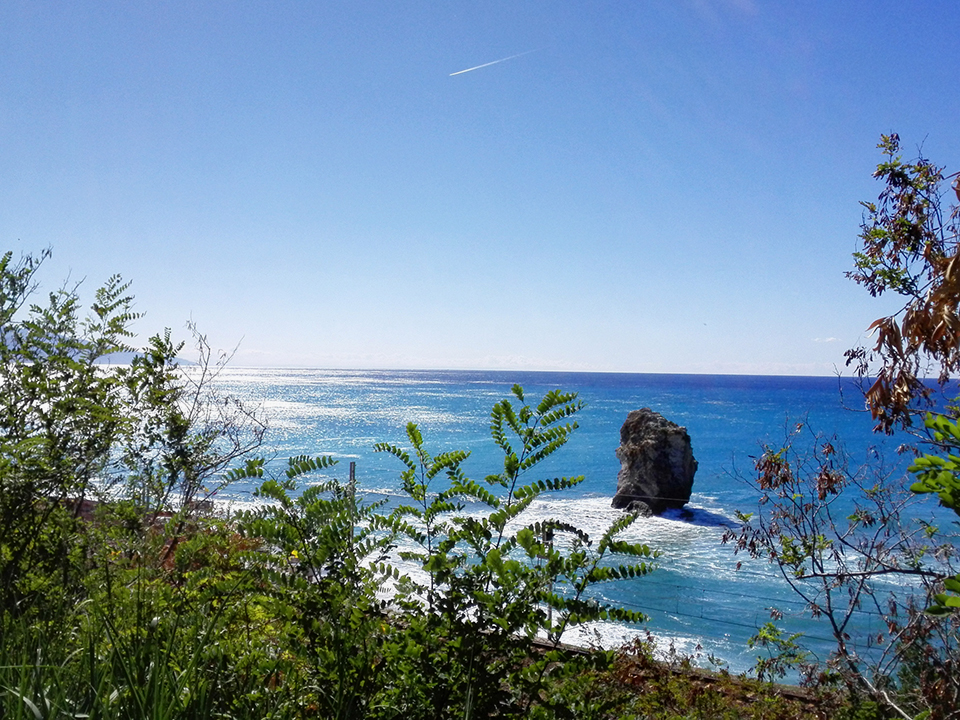 The Queen’s Rock in Acquappesa 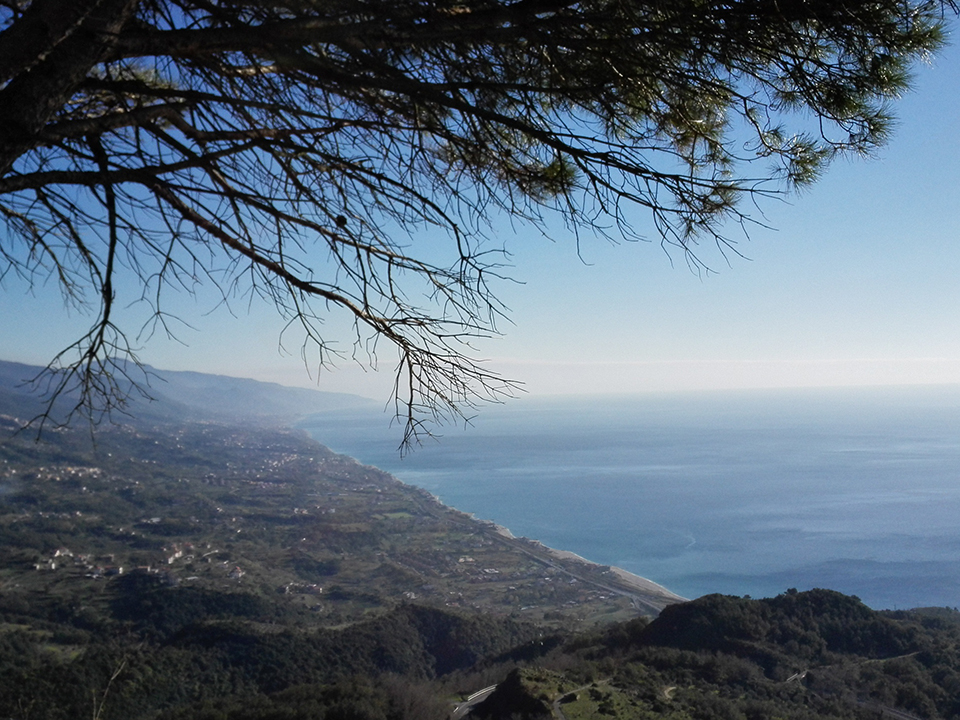 If you love the magic world of fairy tales, you won’t miss the visit of Park of Lavender, between Campotenese and Morano Calabro, in Pollino National Park. A walk inside the botanical garden give you the opportunity to smell medicinal herbs and enjoy their colours, especially the lavender which colours the whole park violet. 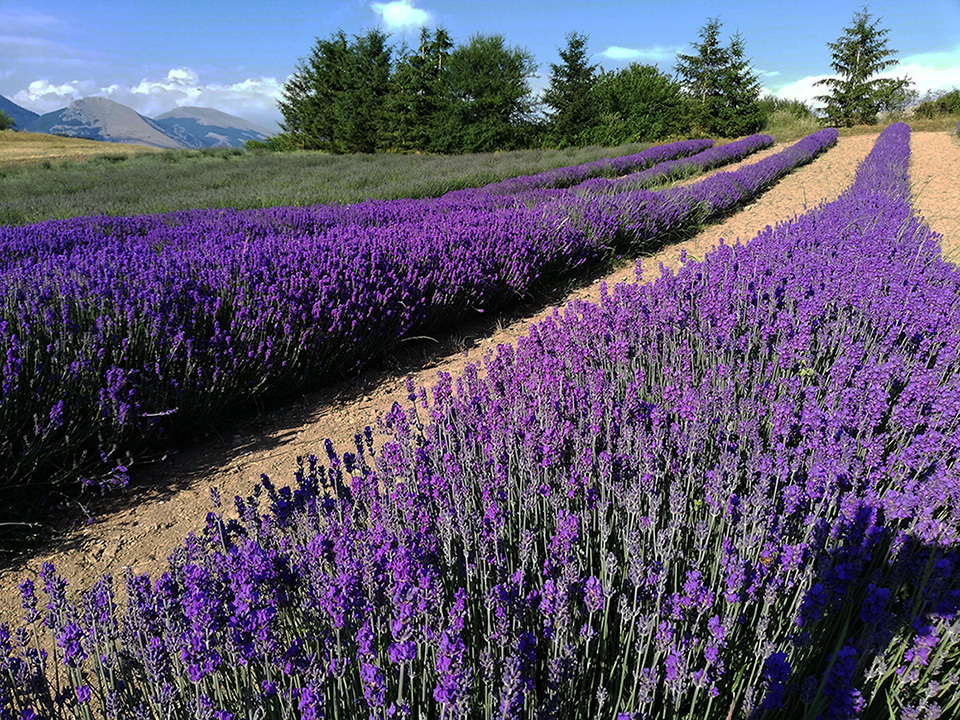 The Park of Lavender

The best moment in this place is in the afternoon when the sunlight is warmer and the atmosphere becomes more magical. To finish the day, take a photo under the Tree of Love as a souvenir. 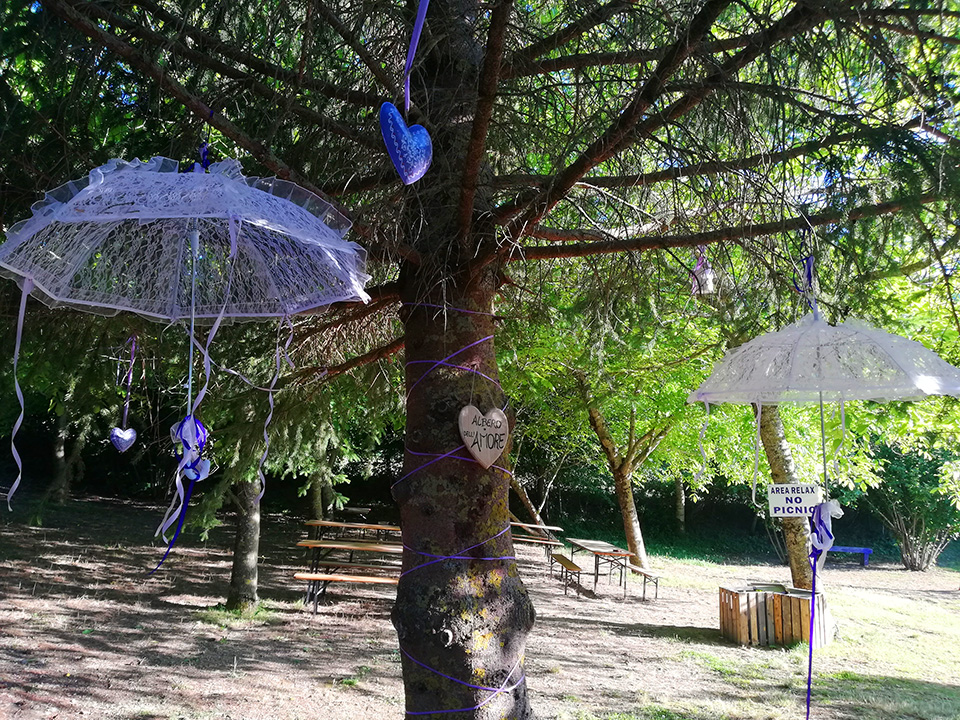 The Tree of Love

If you want to promise “Endless Love”, the right place is The Lovers’ Cave settled in the highest part of the Greek hamlet Bova: from there you enjoy a breathtaking view overlooking Aspromonte mountains, the Fiumara dell’Amendolea (a river), the sea and the oriental coast of Sicily where the Etna Volcano arises. 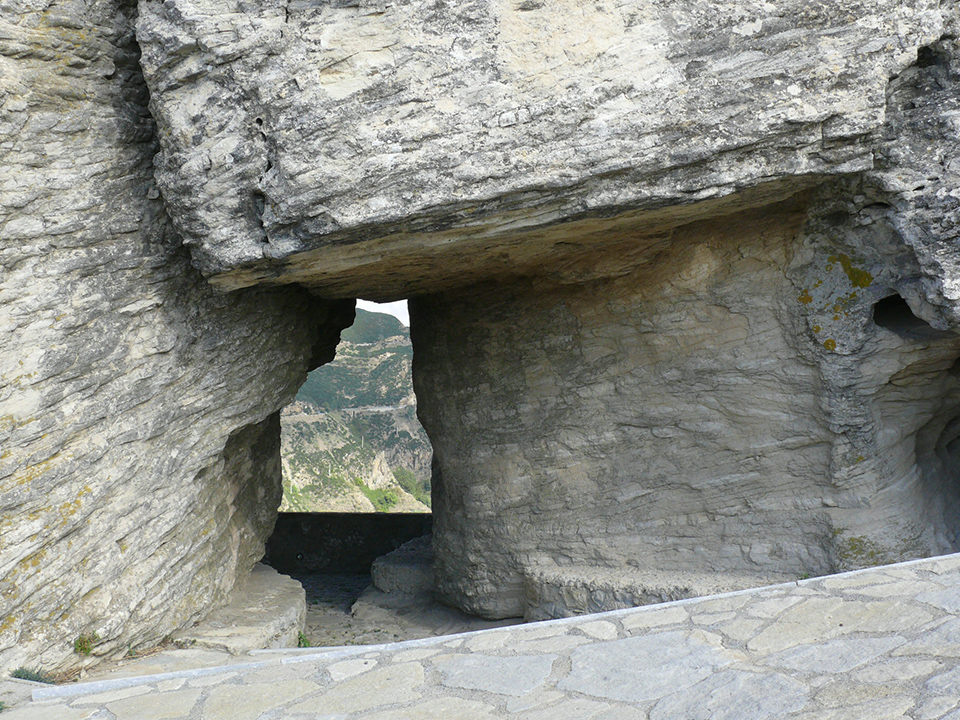 A romantic walk in the alleys which wind among palaces and stone houses, well restored or still in restoration following the local style in this village where you live an atmosphere of the past. 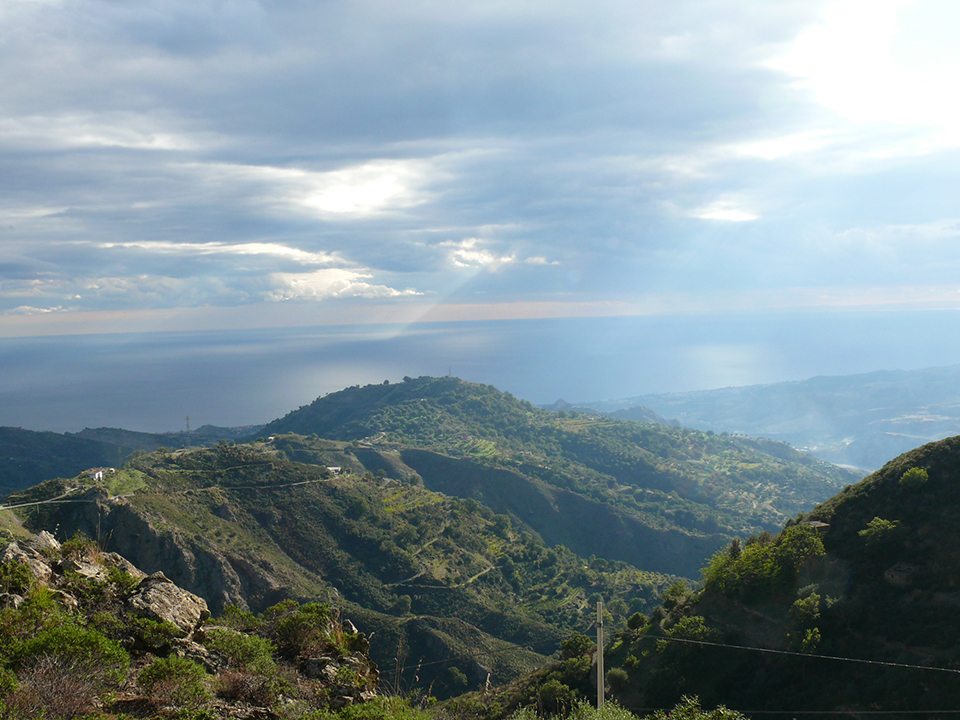 For a romantic weekend break, you can choose the quarter of fishermen in Scilla called Chianalea: here the houses were built directly on the rocks and in the sea water, separated by small alleys to explore slowly for glimpsing every details. In the evening, a dinner in some typical restaurant litteraly “over the sea” A sera , poi, una cena in un ristorante tipico direttamente sul mare , immerses you in a heart-warming atmosphere. 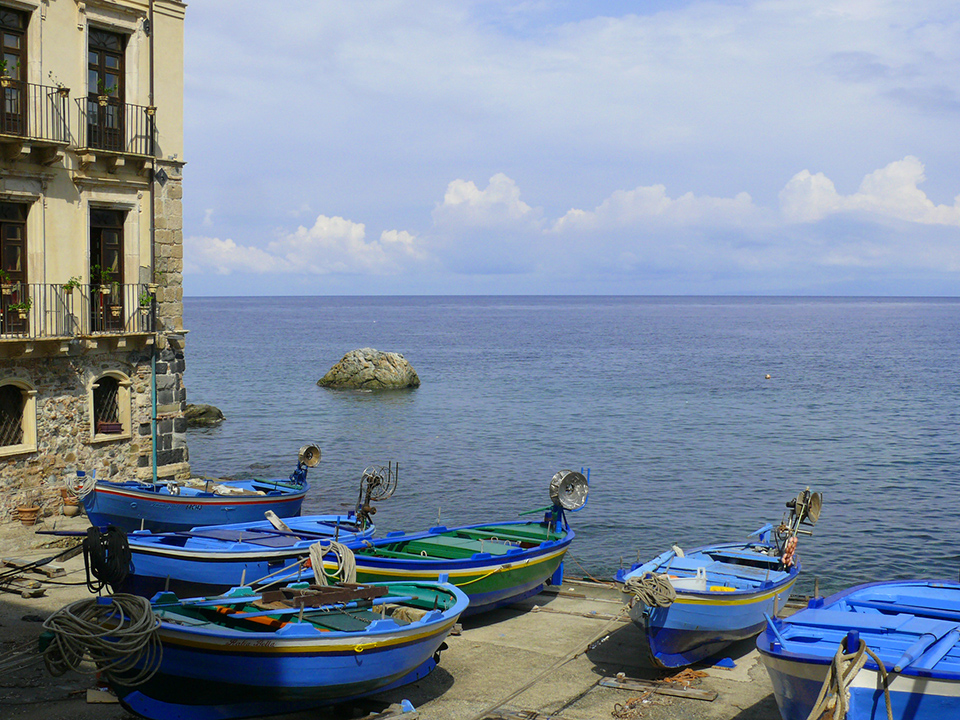 Scilla, one of “The most beautiful villages in Italy”, is famous for the legend about Scylla (which means who tears apart) and Charybdis (who sucks in), a twine of love and jealousy. According the Homer’s writing, the witch Circe for jealousy turned the beautiful nymph Scylla into a horrible monster who tore apart whoever crossed the strait between Calabria and Sicily. In fact, this village is settled on a cliff and the ships which passed during the storms through the strait were torn apart by the rocks against which they collided. On the opposite shore of Sicily, however, there was the nymph Charybdis, transformed into a monster who sucked up the water from the sea and rejected it, creating huge whirlpools. In fact, the main characteristic of this strait is the strong currents which rapidly change and in irregular way. 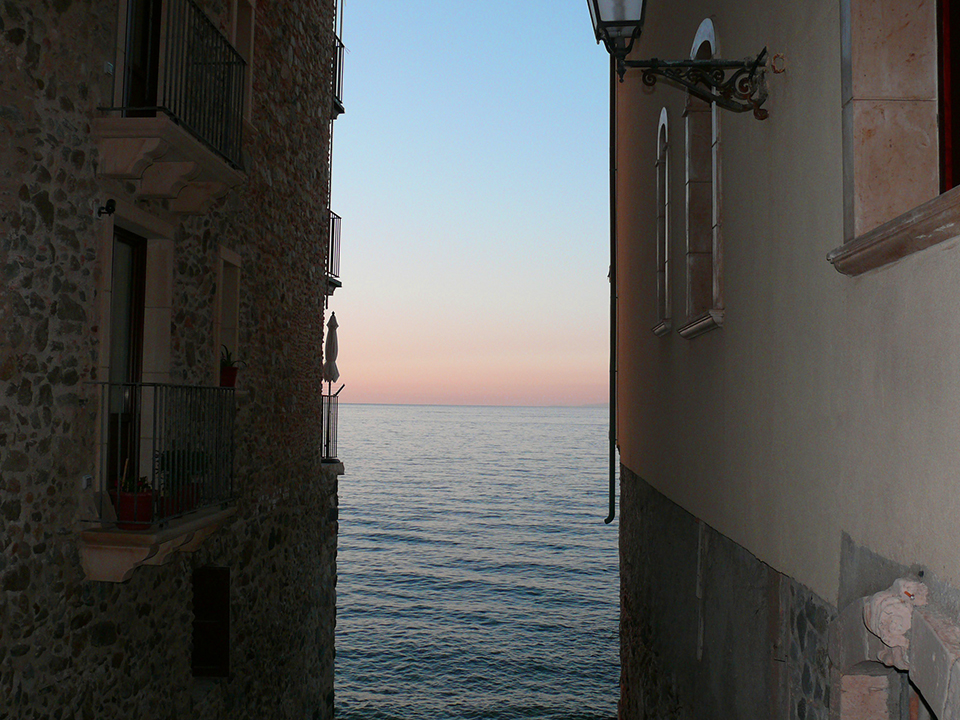 At the end to bless your love, you have to go to the Convent of the Capuchins dedicated to St Daniel, not so far from the historic centre of Belvedere Marittimo overlooking the Cedars Riviera. Inside the convent it is hosted St. Valentine‘s remains, the Patron of the Lovers, which were given on May 24, 1700 for Pope’s will, Cardinal Gaspare del Carpine and Bishop of Sabina, to Valentino Cinelli and then from Francesco Cipollina to Reverend Capuchin Father Samuele from Belvedere. 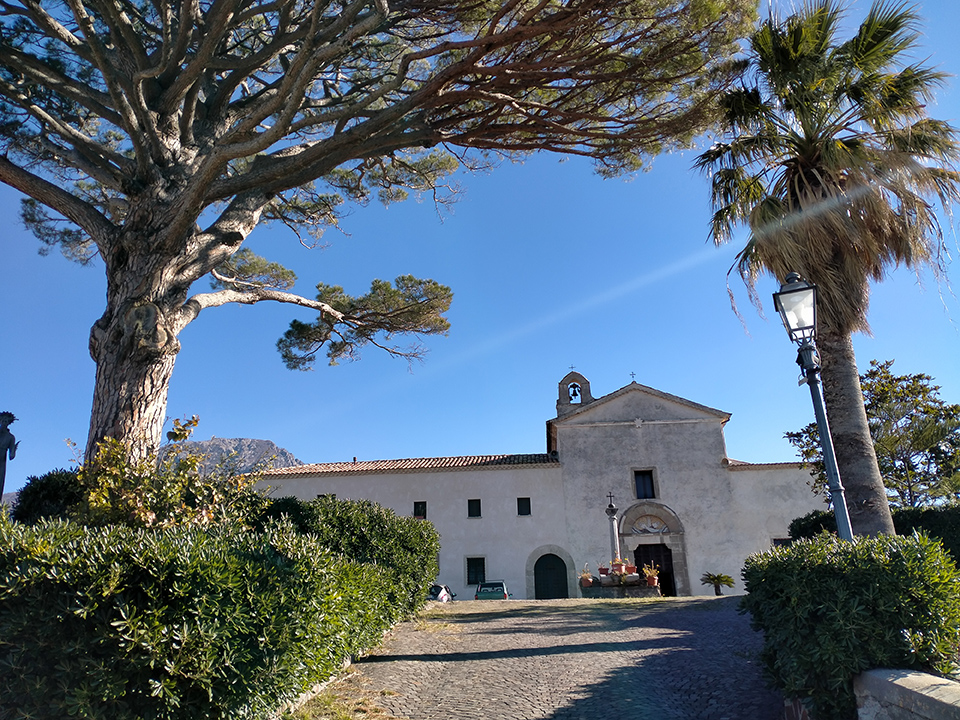 There are several stories which link St. Valentine to Love. One of these is when the Saint gave to a poor girl the dowry so she could get married and then saving her from the perdition, because the unmarried women once time were considered sinners. Another story tells a meeting between St Valentine and 2 lovers who were arguing: in order to take peace between them, he gave them a rose recommending to mind attention to the thorns and to pray for making their love eternal. The following part of the story is what we prefer: as the lovers made peace and hug each other, couples of pigeons started to fly away. From this reason in Italy we use to call “piccioncini” the couples of lovers (literally small pigeons, in English Lovebirds). 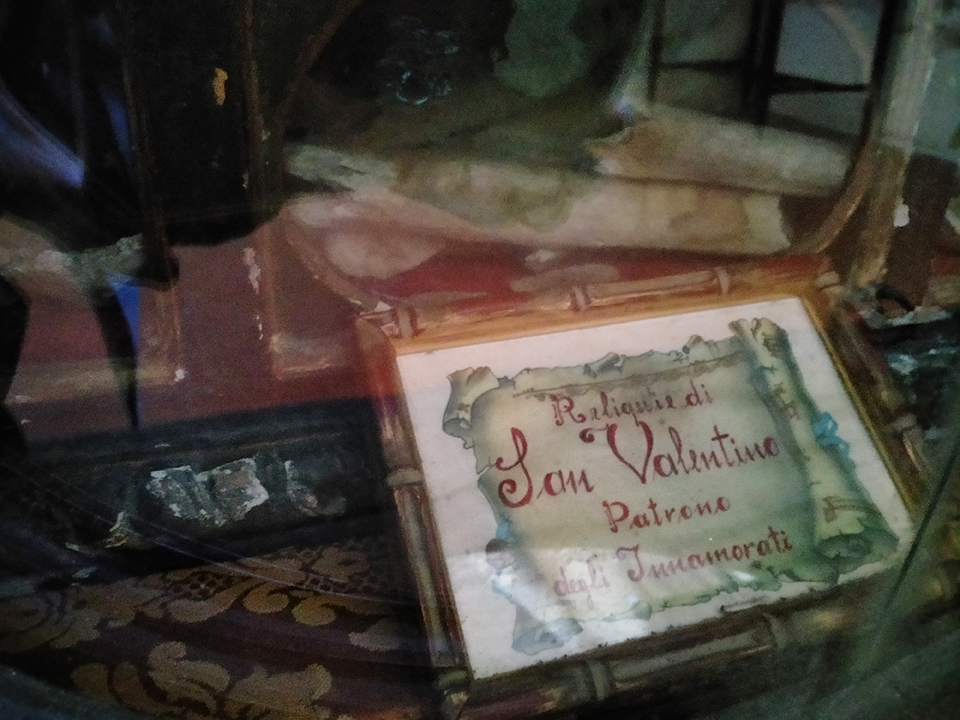 To finish the visit we suggest a mini cruise along Cedars Riviera, exactly the tract of San Nicola Arcella coast  to admire Dino Island and the outstanding Arco Magno, a natural arch carved by the sea on the rock facing on a beach which is lighted in the afternoon during the sunset. 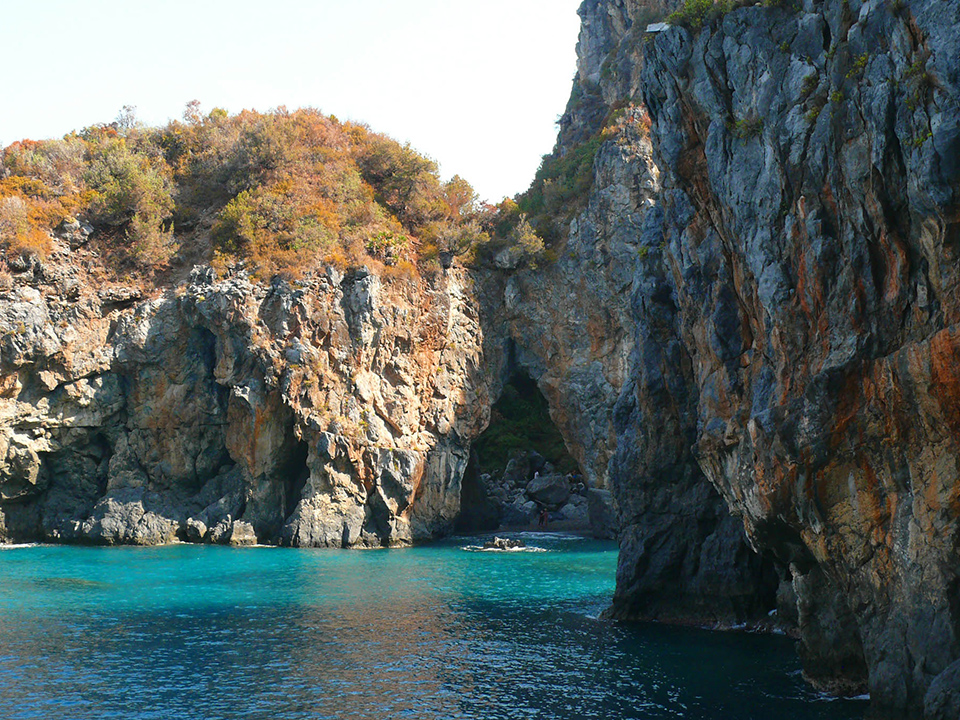 It is the romantic Calabria that excites!

Our mini cruises along Cedars Riviera