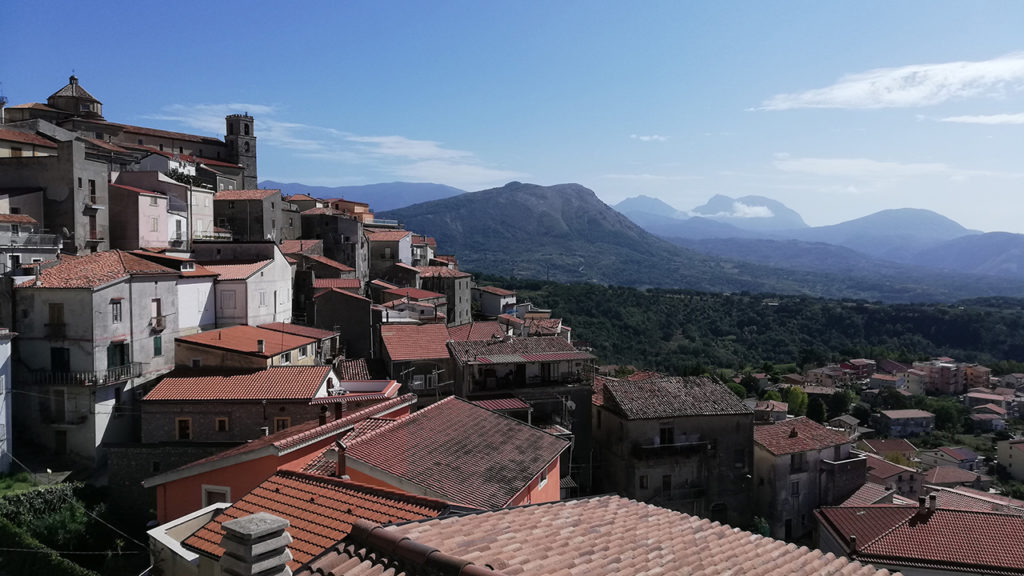 It was founded in the first half of the 17th century thanks to Ettore Maria Spinelli, prince of Scalea, who wanted it as his Hamlet. After the Italian Unification, it became an autonomous municipality and to differentiate itself from other homonymous towns, the appellative Talao was added from the Greek word which means “on this side of the Lao”, the river that descends passing through Scalea until the Tyrrhenian Sea. The hamlet is settled on 304 a.s.l., on the southern slopes of Monte Serra La Limpida. 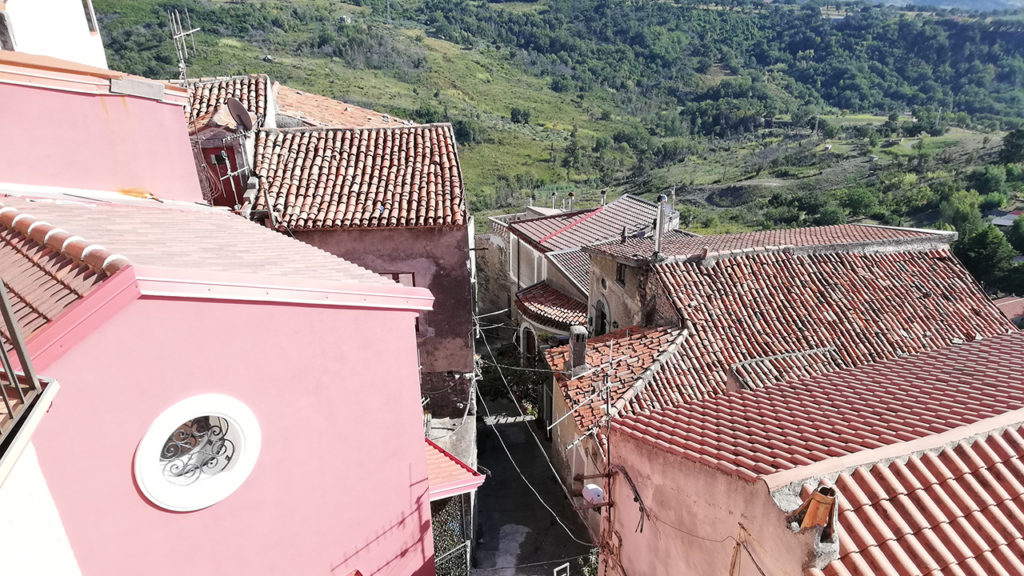 The hamlet of Santa Domenica Talao

The heart of the village is Italia Square, a terrace with an amazing view on the Cedars Riviera from which the view opens up to display an entire stretch from Scalea to Cirella, famous and charming seaside tourist places, passing through the green Valley of the Lao river and reaching the blue sea of the Tyrrhenian Sea. 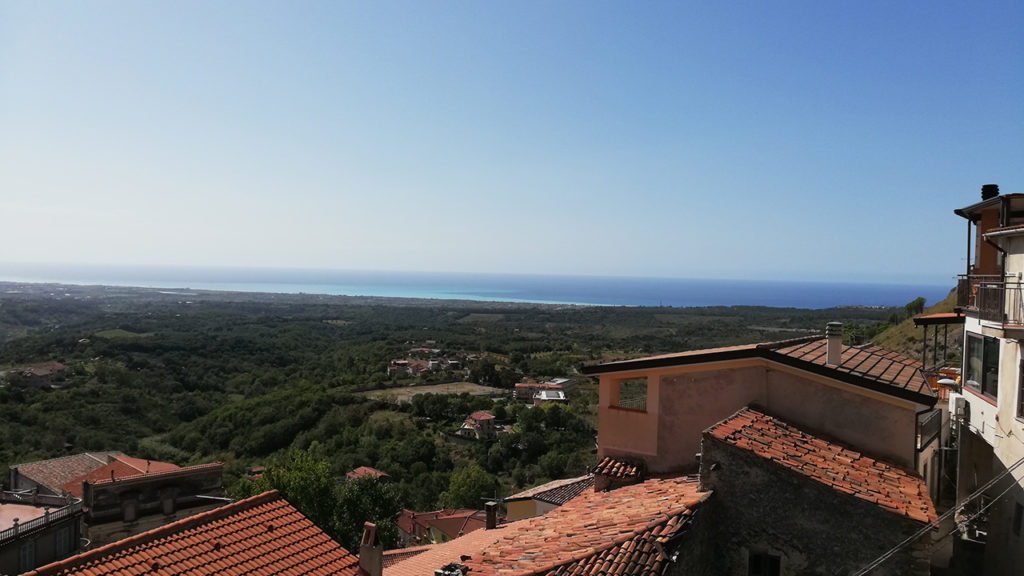 On the square stands the 22 meter high bell tower with the Cathedral dedicated to St. Joseph, Patron of the village.

Sulla piazza si erge la torre campanaria alta 22 metri con la facciata della Chiesa Madre dedicata a San Giuseppe, patrono del paese. It is a building of high architectural value built in the second half of the 1600s and completely restored in the early 2000s. During the works, numerous burials were discovered in the crypt prior to 1339. 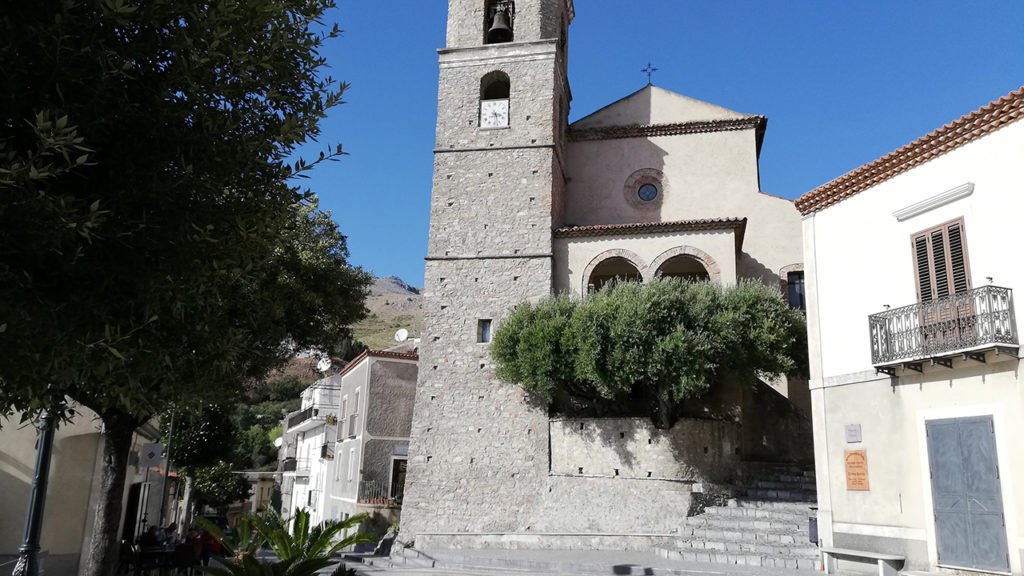 The Cathedral of St Joseph

Walking among the alleys of its enchanting historic centre, you can admire precious gates made by skilled local master stonecutters and elegant palaces of noble families dating back to the 17th and 18th centuries. 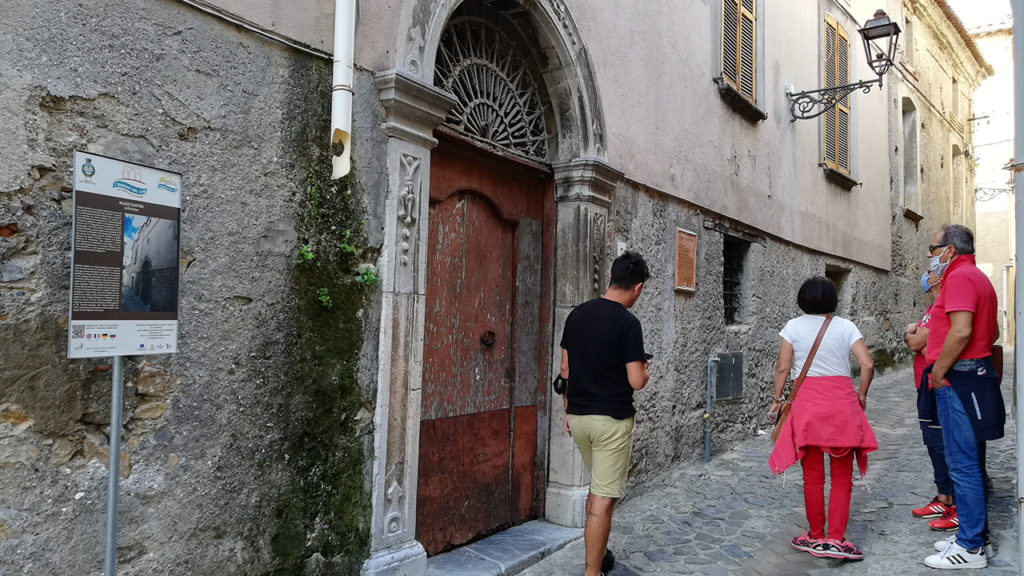 Among the noble palaces, Campagna’s Palace stands out, situated in the high part of the hamlet and dated back to 17th century. In 1800 Giuseppe Campagna, the local doctor of the place, lived there: he became famous because he took care of Giuseppe Garibaldi, injured in Aspromonte, and for this reason he was honoured with a medal  by the King Vittorio Emanuele II. Nowadays is a private home. 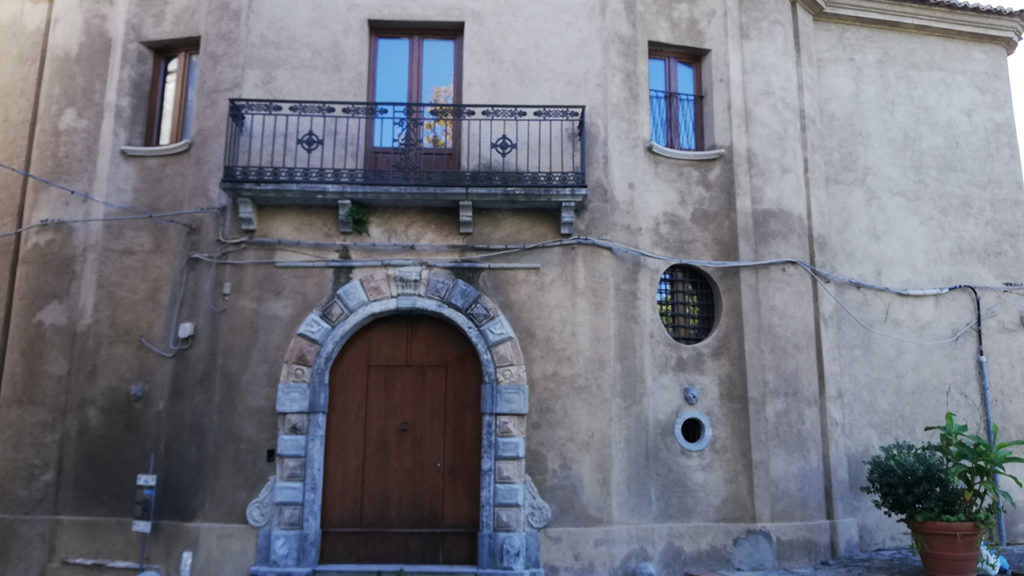 Santa Domenica Talao stands out for its cuisine and is renowned for the black truffle present in its mountains and for the preparation of wild boar meat with which ragù sauce is seasoned with the typical local handmade pasta called “gnoccoli al pettine“. 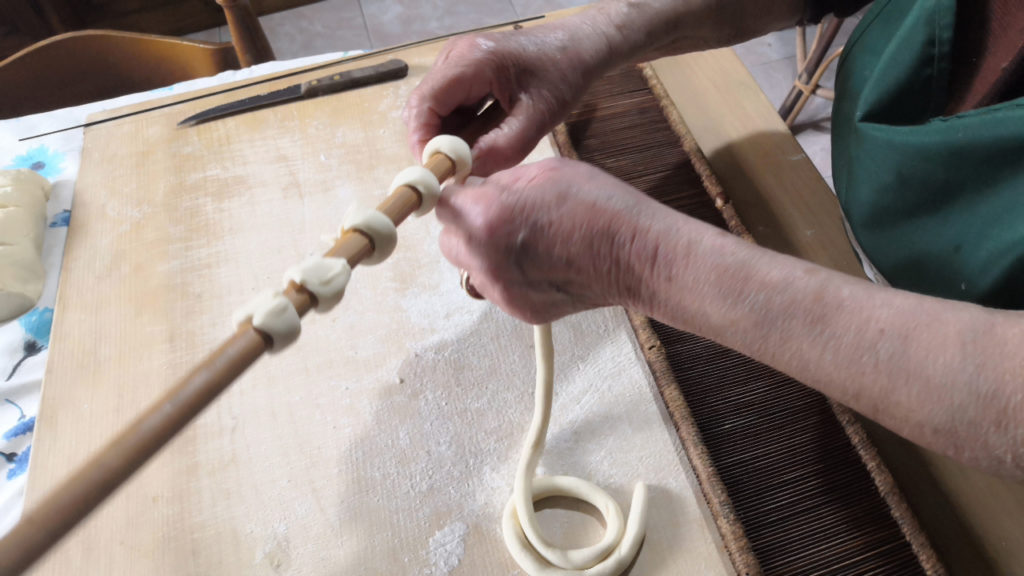 This is Calabria to discover!